The Weekend Series: five things we are vibing in May

Here at The Weekend Edition, we harbour a serious love of all things wonderfully wacky. A six-tonne potato as a sleeping vessel? Perfect. Giant sculptural playscapes? Sign us up. After brushing up on our egg-hunting skills at Easter, we’ve extended the search to track down the most intriguing things happening around the world right now. Join us as we daydream of jumping on suspended bouncing nets, ricocheting along the world’s longest enclosed rollercoaster and snuggling inside a giant potato.

Jewel Changi Airport
Long-haul flights can be rough on the most patient of folks – but if you’ve ever experienced it with a kid in tow, you’ll know that even a simple airport wait can be hellish torture. The kind crew at Jewel Changi Airport are now making your departures, arrivals and stopovers far more enjoyable with the unveiling of an otherworldly wonderland boasting a giant 40-metre waterfall, indoor gardens and magical experiences. The HSBC Rain Vortex sees the world’s tallest indoor waterfall transform into a projection board for a light and sound show every evening, while the Shiseido Forest Valley is open 24 hours a day and offers walking trails through idyllic green landscapes with plants from around the world. Changi Experience Studio will open in May and delight the young’ns with projections and interactive activities, while June will see the mighty Canopy Park open with 14,000 sqm of hedge and mirror mazes, 250-metre-long and eight-metre-high bouncing nets, garden trails, giant slides, a 23-metre-high canopy bridge with a glass bottom, play areas full of mist for kids to hide in and a colourful flower garden. You and your offspring will be so tuckered out from all the revelry, those flights will pass by in a wink.
Image: Jewel Changi Airport 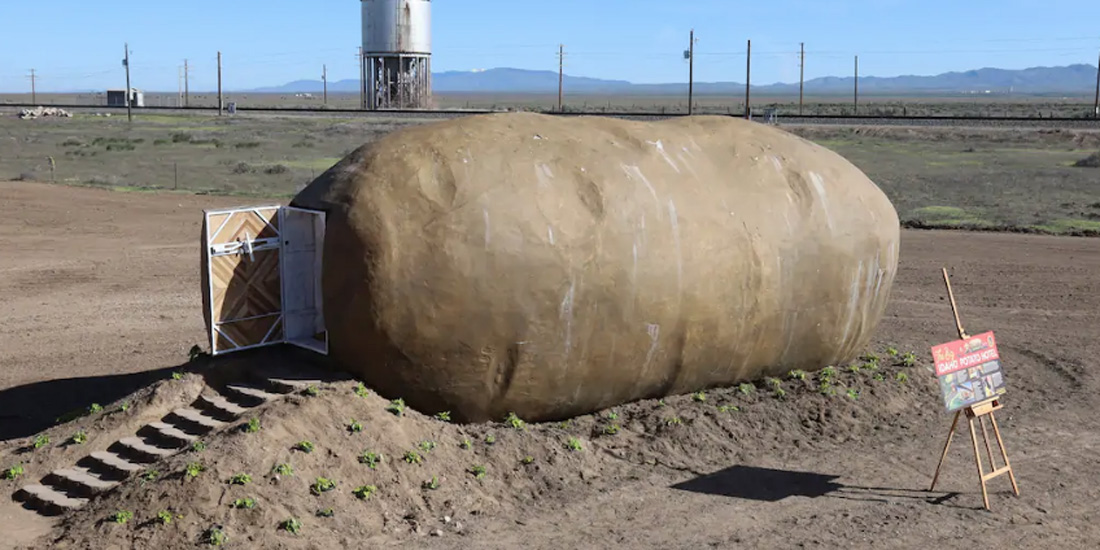 Big Idaho Potato Hotel
Sure, you could cosy up in a five-star hotel or a floating cabana on your next holiday, but have you ever thought about staying inside a giant potato? Neither had we. But with the Big Idaho Potato Hotel making its debut on Airbnb, we’re definitely adding it to the bucket list. Recycled from the Idaho Potato Commission’s Big Idaho Potato Tour, the six-tonne potato has graced more than seven states of the US with its presence over the last seven years, and has now come to rest on a 400-acre plot of farmland. The interior has since been treated to a stylish upgrade, with the addition of white walls, pastel pink armchairs, records to play, a bar fridge, power sockets and a custom-built bed. Outside, a silo has been transformed into a bathroom retreat and nearby, a sweet jersey cow is available for snugs.
Image: Otto Kitsinger/AP Images for Idaho Potato Commission Ben & Jerry’s Cookie Dough Chunks
The eternal flames that have long been burning for our mates Ben and Jerry just got a little bigger with the announcement they’ve gathered and bagged their infamous Cookie Dough Chunks. Available in Chocolate Chip, Peanut Butter Chocolate Chip and Vegan Chocolate Chip flavours, this new product saves you the time typically spent digging around in a tub of ice-cream for those little nuggets of happiness.“Free the chunks” might not be a slogan you’d expect to induce uncontrollable salivation, but the mingling of non-GMO ingredients including Fairtrade Certified cocoa, vanilla, coffee, sugar and bananas is just too good to resist.
Image: Ben & Jerry’s First-of-its-kind Play Pavilion at Disney World
As if Florida’s Walt Disney World Resort wasn’t packed with enough wonders, now the creative masterminds behind the park have announced a magical new city will open just in time for Disney World’s 50th anniversary in October 2021. Unlike anything else in the park, the innovative pavilion will be based on imaginative play and feature interactive happenings and hands-on activities. The new attraction will form part of Disney World’s Epcot, which is undergoing a massive multi-year transformation. Plans are in the works for a whole new entrance, new nightly show featuring floating sets, one of the world’s longest enclosed rollercoasters sharing stories from Guardians of the Galaxy, a Remy’s Ratatouille Adventure attraction and plenty more. Find out details online.
Image: Walt Disney World 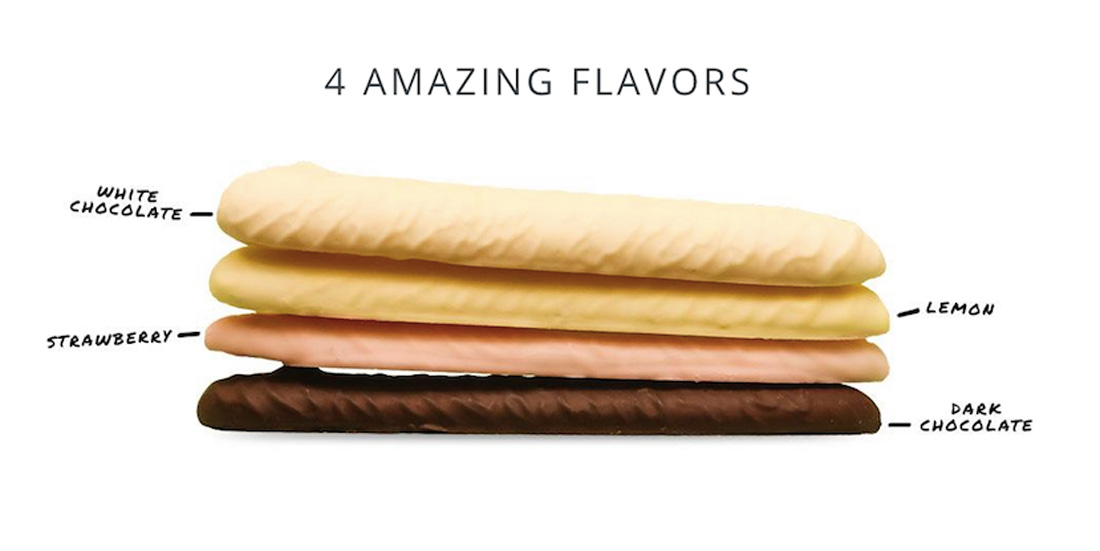 EAT Bar
Most of us take the ability to eat for granted – we think very little of the physical processes that are required for scoffing popcorn, devouring ribs or cracking into celery. But many folks around the world don’t have it so easy – whether from swallowing disorders, sensory sensitivities, ageing, medication side effects or a host of other causes. But now one clever speech language pathologist has invented the perfect snack to help maintain dignity, encourage socialising and return pleasure to the act of eating. Enter, the EAT Bar, a quick-dissolving, easy-calorie treat made from meringue and coated in either Greek yoghurt or chocolate – definitely a far cry from the typical pureed microwave meal. Free from artificial flavours, preservatives, nuts, GMO and gluten, the snack bars require minimal chewing and are available in dark chocolate, white chocolate, lemon and strawberry flavours.
Image: Nutraphagia